Boudoir is fun if you let it be.  I think most people want to do it, but are too scared of the idea of it.  When you think about running around in front of someone, who's not your significant other, in things that are meant for private, intimate moments, sure it's scary.  But if you look beyond the scary part to the ultimate goal, it's a lot easier to manage. 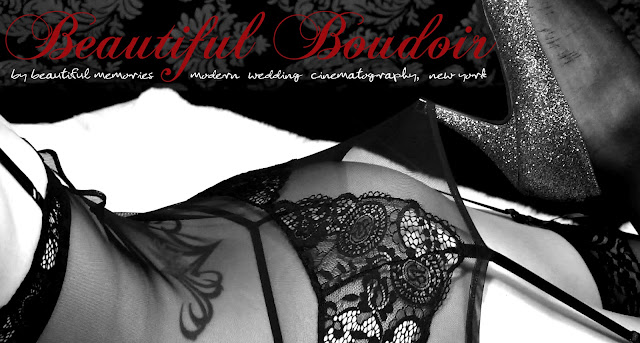 At first, it may seem frightening to you.  You're out there and exposed in front of people you don't know very well in an outfit meant for the person you know the best.  Then we begin to ask you to do stuff, some of which will seem really silly and will definitely make you laugh a lot, mostly out of nerves, but once you get into the shoot and become more comfortable, you'll notice yourself starting to laugh because you're having fun.  Then you may even become a little more playful and start coming up with your own ideas.  That is when the true magic of a boudoir shoot is revealed.  In the end, you have a film that represents the strong and confident woman that you are (and it doesn't hurt that it's appealing to your other half either).

Promote Your Page Too